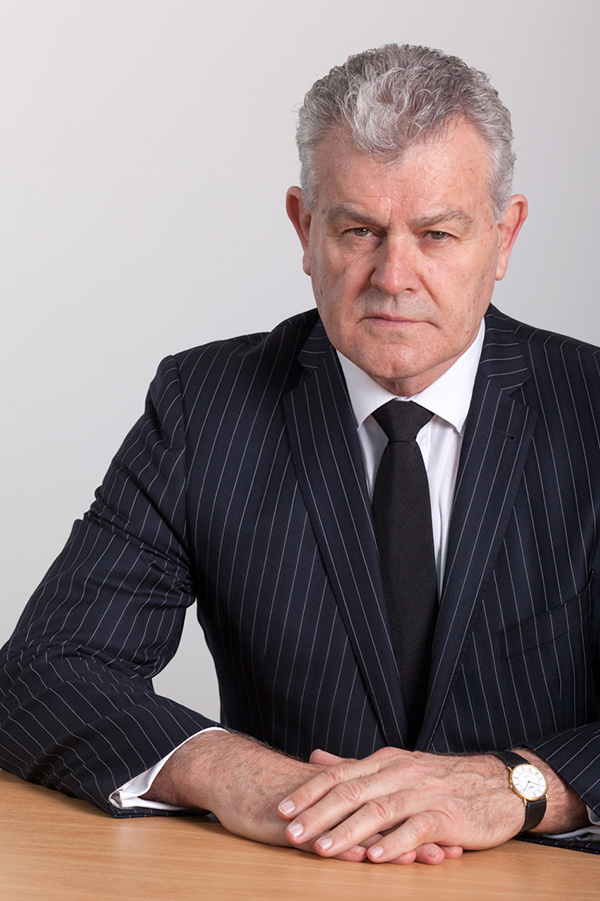 Cameron Smith is the Principal Developer and Designer of the methodology that forms the basis of the Omni Risk assessment range that currently includes health and safety, anti-money laundering, integrity (fraud, bribery, corruption and governance) and IT/Cyber security risk assessments.

He served for 10 years in the Royal New Zealand Air Force (RNZAF) reaching the rank of Flight Lieutenant with responsibility for security and discipline on the RNZAF’s operational strike base at Ohakea. After leaving the RNZAF in 1973 he served as a Captain in the Territorial division of the NZ Army for 3 years.

Cameron then had 40 years in the financial services industry in NZ, holding senior executive appointments with Prudential, Aetna and Royal Insurance before forming his own advisory and broking business in 1986.
He served as an independent adviser to the NZ Police Welfare Fund (a division of the NZ Police Association) on insurance and other financial service issues before being appointed as the Independent Director of NZ Police Welfare Fund Ltd, NZ Police Welfare Fund Mortgages Ltd, Police
Health Plan Ltd and Police Welfare Fund Insurances Ltd. During this period, he designed and implemented one of the first mortgage securitisations in NZ that acquired $30 million of mortgages off the NZ Government that were secured over Police Officers homes. The mortgage portfolio was then grown to $100 million before being sold to a major NZ bank.

Between 1993 and 1995 he advised the Australian Police Federation and State Police Unions on the provision of financial services as benefits for Australian Police Officers and in 1995 he was appointed by the Papua New Guinea Police and Papua New Guinea Police Association to undertake a restructure of their health plan that was incurring significant losses.

Previously, in his capacity as a financial services consultant he consulted to a number of NZ Government departments/agencies, major NZ corporate businesses and not-for- profit organisations.

In 2013, Cameron commenced work on the design and development of a system for assessing risk by objectively calculating, using a unique series of mathematical calculations, both the likelihood and impact of a specific risk and then applying the score to the ISO 30010 risk matrix format. The methodology used is unique in that it quantitively calculates behavioural, financial and operational (process) risk from data supplied by a user (client). This methodology now forms the basis of the Omni Risk range of assessments. Current users (clients) include both commercial and non-
commercial enterprises.

Cameron has a Diploma in Business Administration from Victoria University, is associate of the NZ Institute of Management, holds the NZ Diploma in Life Assurance and is a member of NZ Risk, the professional body for risk management practitioners in NZ.

We would be happy to call you,
or organise a confidential, obligation free meeting

READY TO GET STARTED?

Omni Risk is a range of practical, cost effective, online risk assessment tools designed to determine the extent to which a small to medium size business might be exposed to risks which could affect its financial viability, business operations or reputation.

We understand that some of the information that is required as part of the Omni Risk assessment will be confidential to both the business and the people within the business. Omni Risk will, at all times, treat all information with the utmost confidentiality and it will not be released to any other person or party except as required by law. The software we use to gather information has the same level of security as that applied to internet banking.